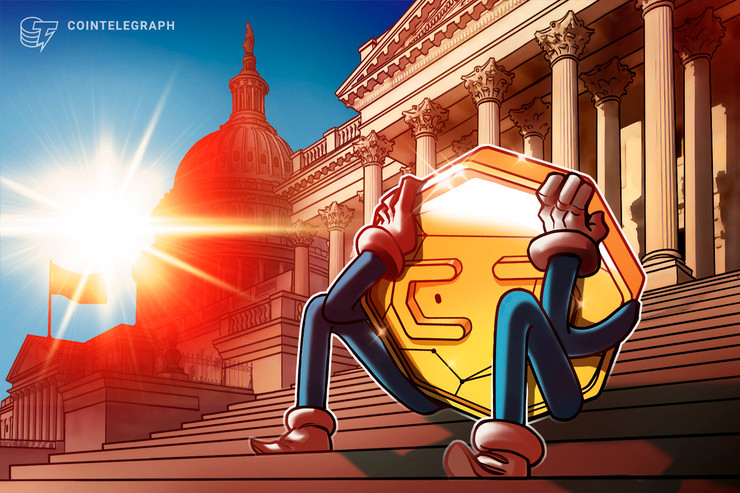 The House Financial Services Committee has raised concerns over the use of cryptocurrencies to fund domestic terrorism in the United States.

In a Jan. 15 hearing, the FSC Subcommittee on National Security, International Development and Monetary Policy has examined how U.S. financial institutions can combat domestic terrorism, extremism and acts of hate.

Titled “A Persistent and Evolving Threat: An Examination of the Financing of Domestic Terrorism and Extremism,” the hearing featured five witnesses reporting on various fundraising methods used by organized domestic extremists. Particularly, the officials and executives have outlined crypto as an important fundraising tool for hate crimes, emphasizing that criminal funding is often distributed via popular social media platforms like Facebook and Telegram.

Facebook and Telegram help domestic extremists get funding through Bitcoin

Jared Maples, Director of the New Jersey Office of Homeland Security and Preparedness, the first witness to address the matter in the hearing, stressed that the U.S. authorities should be closely looking to the use of crypto in funding acts of domestic extremism. Noting that foreign terrorist organizations have used Telegram and Facebook to solicit funding through Bitcoin (BTC) the official listed a number of incidents that involved the cryptocurrency.

Projecting that organized domestic extremists will continue to fund their activities via crypto alongside selling counterfeit goods, drug and weapon trafficking, cigarette smuggling, Maples called Congress to not ignore the industry as a source of funding hate crimes in the U.S.:

“We cannot discount the future role of cryptocurrencies in funding acts of domestic extremism, both within New Jersey and across the United States.”

Rena Miller, specialist in financial economics at the Congressional Research Service, pointed out that combating the financing of extremist groups in the U.S. poses some new challenges due to the emergence of newer online methods of fundraising. In this regard, the executive cited a 2017 study by the Anti Defamation League (ADL) that claims that supremacy groups in the U.S. tend to be decentralized rather than highly organized, often relying on crypto.

As the study also outlined the role of social media and crypto for these domestic extremists, Miller suggested that the U.S. government should be collecting and analyzing financial data more extensively. As part of the effort, authorities should have access to data provided on social media and payment processors. She said:

ADL exec stresses that Bitcoin is still transparent despite its anonymity

George Selim, senior vice president of programs at the Anti-Defamation League, emphasized that transactions on the Bitcoin blockchain are still transparent and can be tracked despite its anonymous character. In this context, Selim mentioned Neonazi BTC Tracker, a Twitter bot that posts information related to certain identified Bitcoin wallets. Specifically, Selim noted that Stormfront, the oldest and largest white supremacist website on the Internet, received about $30,000 in Bitcoin prior to October 2017, while white supremacist hacker Andrew Auernheimer received more than a million dollars in the cryptocurrency.

The executive concluded that Congress should fund a significant study into how crypto is used in funding domestic hate crimes. Selim also suggested that the U.S. should create a certain framework that allows platforms that enables crypto-related platforms track online transactions and prevent the potential for exploitation of their services. He noted:

While the U.S. is trying to address all possible terrorist financing loopholes against the backdrop of disturbing rise of domestic terrorism and hate crimes, some experts claim that crypto is “poor form of money” for terrorists. Back in 2018, U.S. Congress concluded that terrorist groups that attempted to raise funds via crypto have not had great success. Similarly, U.S. nonprofit think tank RAND Corporation said that crypto is not well-suited for the needs of terrorist groups.

Meanwhile, the European Union has recently enforced another important anti-money laundering law that aims to bring more transparency to financial transactions for combating money laundering and terrorist financing. Came into effect on Jan. 10, the European Union’s 5th Anti-Money Laundering Directive has apparently forced some crypto firms in Europe to shut down their businesses, partly due to requirements to disclose too much information about their clients.

Every Friday, Law Decoded delivers analysis on the week’s critical stories in…