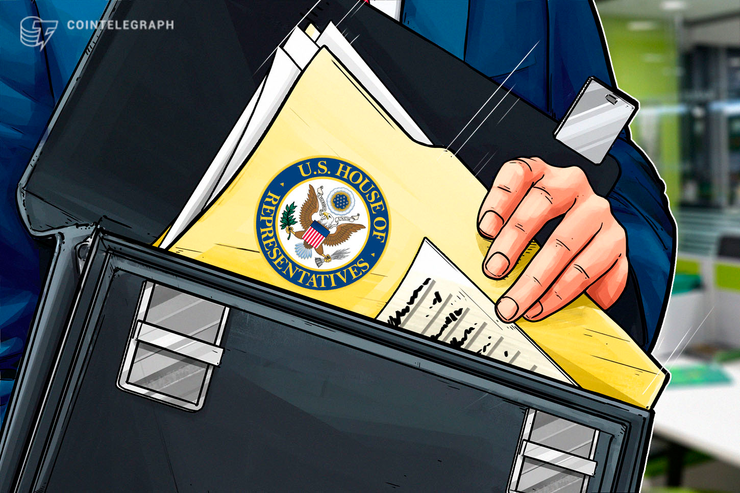 A drafted bill entitled “Keep Big Tech out of Finance” has surfaced online, allegedly deriving from within the United States House of Representatives Financial Services Committee. The document’s metadata dates it July 12.

The bill’s provenance is unconfirmed, but crypto news site The Block quotes an inside source as saying it is with the Financial Services Committee.

“A large platform utility may not establish, maintain, or operate a digital asset that is intended to be widely used as medium of exchange, unit of account, store of value, or any other similar function, as defined by the Board of Governors of the Federal Reserve System.”

The alleged bill goes on to define “a large platform utility” as a tech company that earns annual global revenues in excess of $25 billion.

Given that Libra is scheduled for hearings before the Senate Banking Committee on July 16 and with the House Financial Services Committee on July 17, this bill seems clearly designed to preempt congressional authority to take decisive action on the issue of Libra.

Libra has attracted commentary and criticism from many corners. Chair of the Financial Services Committee Maxine Waters initiated the congressional hearings on Libra on June 18 by calling for a moratorium on the project. As Cointelegraph reported at the time, Representative Waters wrote:

“Given the company’s troubled past, I am requesting that Facebook agree to a moratorium on any movement forward on developing a cryptocurrency until Congress and regulators have the opportunity to examine these issues and take action”

The night of July 11, US President Donald Trump tweeted similar concerns about the lawfulness of crypto usage, expressing opposition to Libra, Bitcoin and cryptocurrencies as a whole, instead promoting the continued dominance of the US Dollar.

Bitcoin has continued its recovery. It’s up around 23 percent over the…