Wednesday, June 12 — most of the top 20 cryptocurrencies are reporting moderate gains on the day by press time, as bitcoin (BTC) approaches the $8,000 mark again after breaching it earlier today. 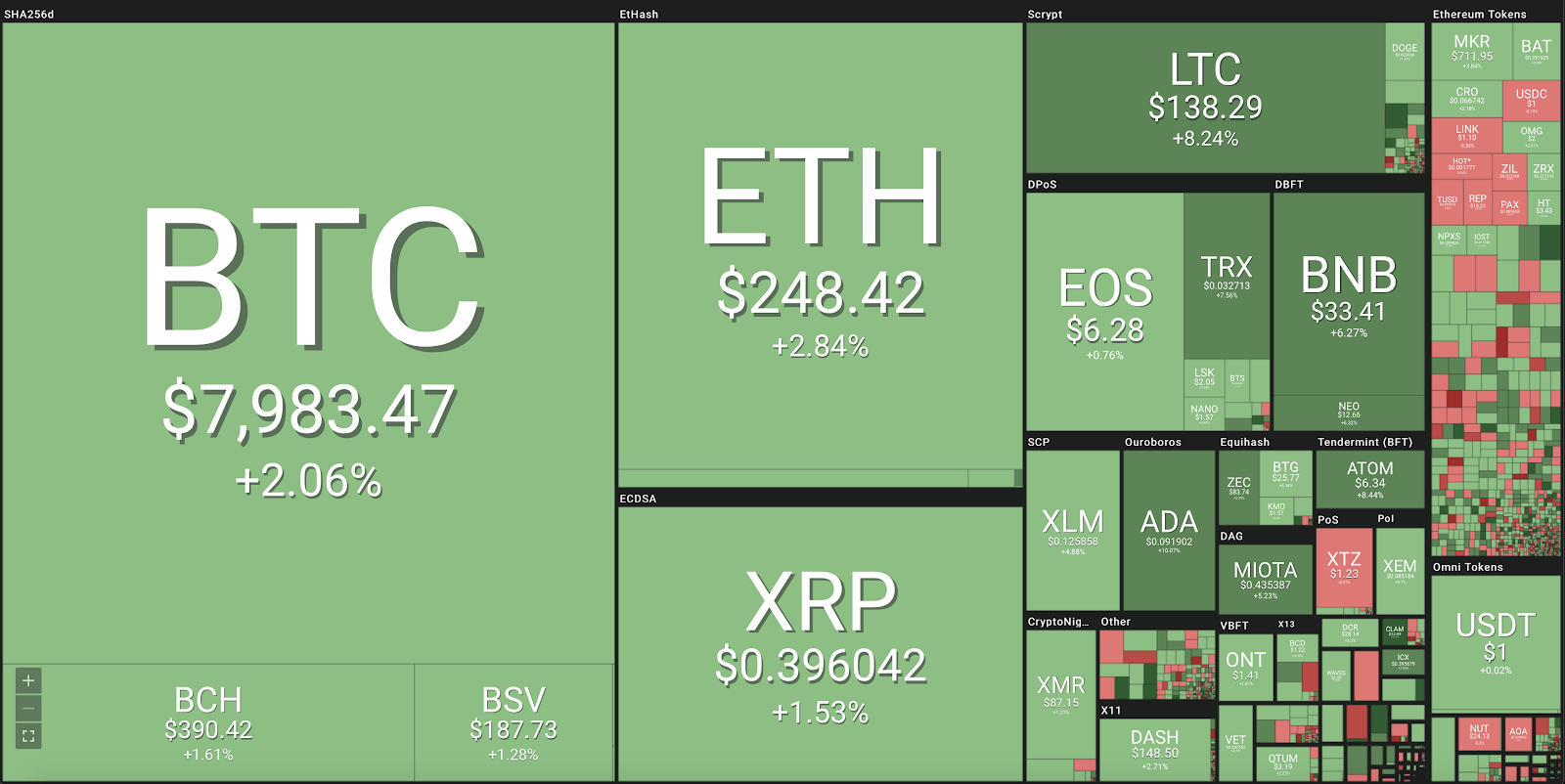 Bitcoin is currently up over 2% on the day, trading around $7,987 at press time, according to Coin360. Looking at its weekly chart, the coin is up nearly 4%.

Ether (ETH) is holding onto its position as the largest altcoin by market cap, which currently stands at just under $26.4 billion. The second-largest altcoin, Ripple’s XRP, has a market cap of $16.6 billion at press time.

The testnet of private smart contract network Enigma has been launched, the developers announced yesterday, which is based on the Ethereum network.

Among the top 20 cryptocurrencies, the ones reporting the most notable gains are cardano (ADA), which is almost 10% up, litecoin (LTC) and tron (TRX), both over 7% up.

At press time, the total market capitalization of all cryptocurrencies is $256.8 billion, nearly 3% lower than the value it reported a week ago.

As Cointelegraph reported earlier today, the crypto winter is likely to be ending, a senior executive at major American blockchain venture capital firm Digital Currency Group said in an interview.

In traditional markets, the United States stock market is seeing slight losses so far today, with the S&P 500 down 0.01% and the Nasdaq down 0.2% at press time. The CBOE Volatility Index (VIX), on the other hand, has gained 0.75% on the day at press time.

Major oil futures and indexes are seeing mixed movements today, with WTI Crude down 2.08%, Brent Crude down 1.73% and Mars US up 0.02% at press time. The OPEC Basket is up 3.5% and the Canadian Crude Index has seen its value decrease by 3.03% in the 24 hours by press time, according to OilPrice.